our story – ooh, with pictures!

It may start a bit differently than your typical love story.  You see, the romantic heroes in our current tale had something important in common:  they both really, really loved being single.  And who could blame them?  Their lives were awesome! 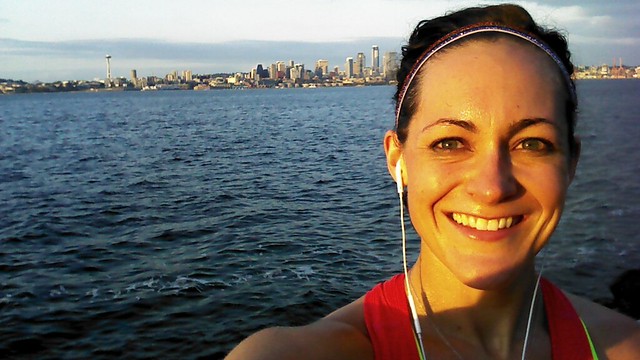 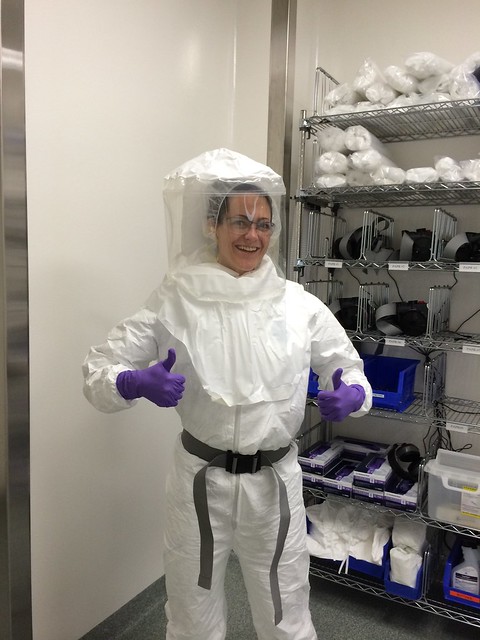 embarked on ridiculous bicycle-based adventures, exploring much of the BEAUTIFUL Pacific Northwest. Fun!

generously indulged in her love of dive bars and karaoke 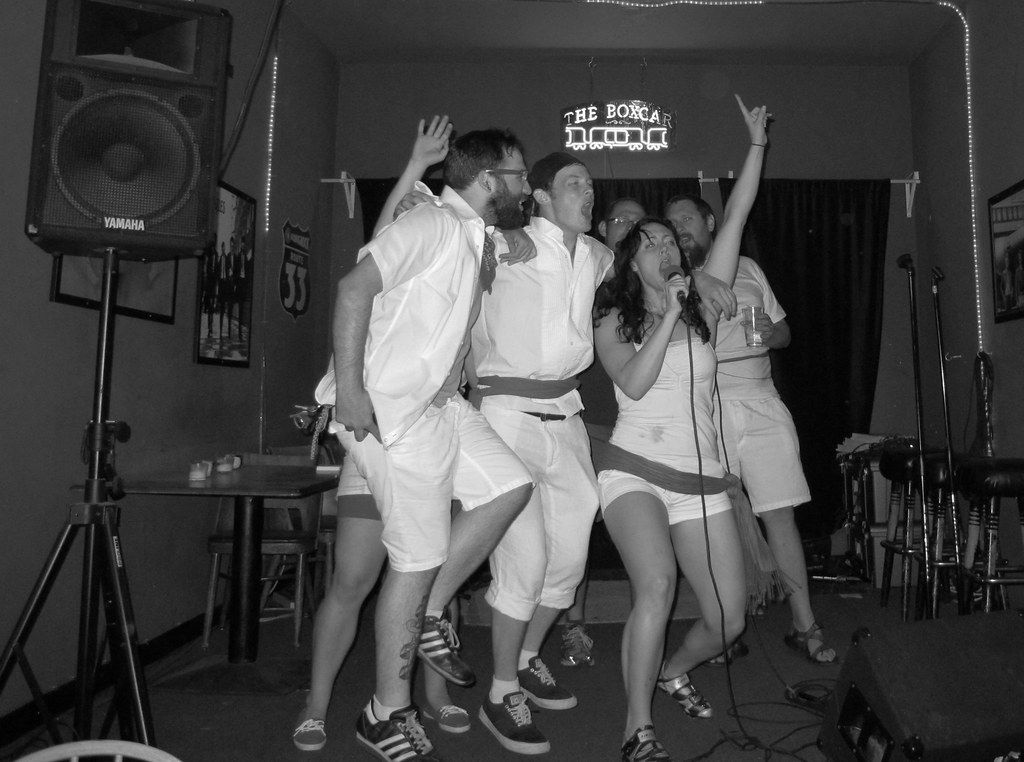 and developed an unrelateable but passionate love for running road races 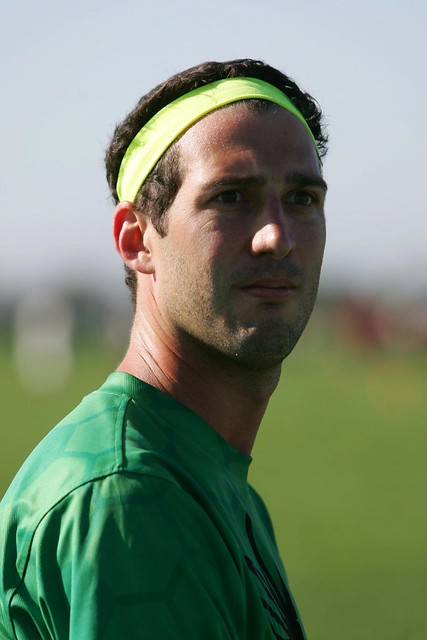 lived in San Francisco where he shared a house (known as the ‘bromansion’) with a few good friends (the bros).

developed an enthusiastic penchant to brunch.

and generally enjoyed the many and varied adventures to be had in and around San Francisco and the bay area.

Besides the love of their single lives, these two people shared another and unusual commonality:  they had squandered a lot of their 20s on a very fun, but culturally irrelevant sport (ultimate frisbee) from which they had both long since retired.

And yet, in July 2013, they both found themselves descending upon Redmond, WA, for a large tournament centered around this sport from their respective pasts.  As luck would have it, their teams would play against each other on the first day of the tournament.  As further luck would have it, several players on their respective teams already knew each other and wanted to party.  Shenanigans ensued. 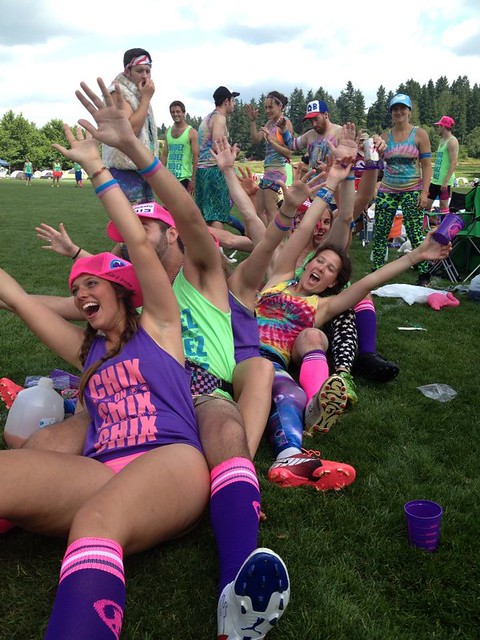 There’s a fun story about the first time that Jason saw Kristen:

Jason was hanging out with a PODO teammate Aaron (Wheels) and Kristen’s brother (and now brides-man) Thomas, who Jason had known for a couple of years at this point.  Upon seeing Kristen running around doing whatever Kristen does, Jason pointed at her and said, “Who’s that?”  Tom replied, “Uh, yeah.  That’s my sister.” while Wheels promptly threw his head back laughing hysterically. Awkward.

Despite this, Kristen’s and Jason’s paths were eventually brought together thanks to one Elise Tobey, who insisted that the two meet. Rather than sharing a drink and moving on, as is often the case when you meet someone at an ultimate frisbee tournament, Kristen and Jason found something special in each other and the pair was basically inseparable for the entire weekend. 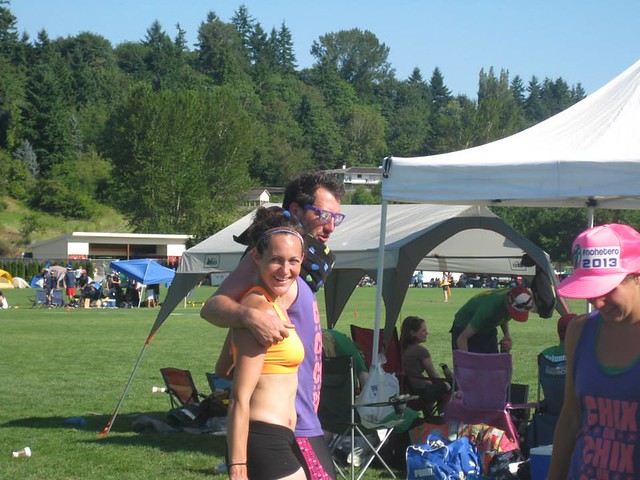 After frisbee games and dance parties and lots of laughs and some deep conversations, the tournament came to its inevitable finale. It was time for Kristen and Jason to return home to their respective cities. Each was sad to leave the other, but they kept their word to stay in touch.

Kristen visited Jason in San Francisco for a farewell party for Gordon (which happened to take the form of a neon rubix cube house party). 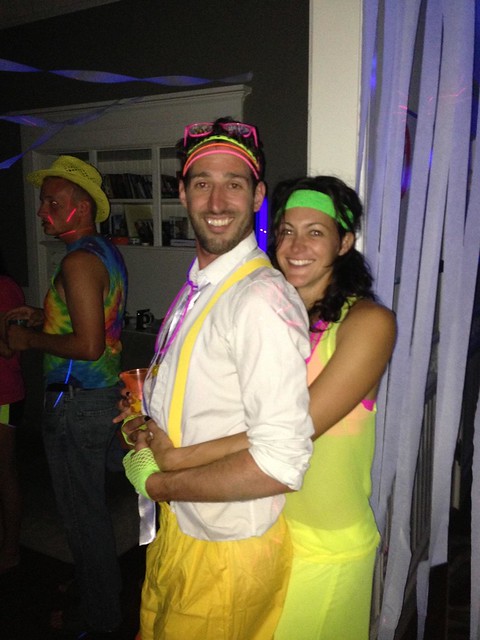 And Jason visited Kristen in Seattle, just to hang out. 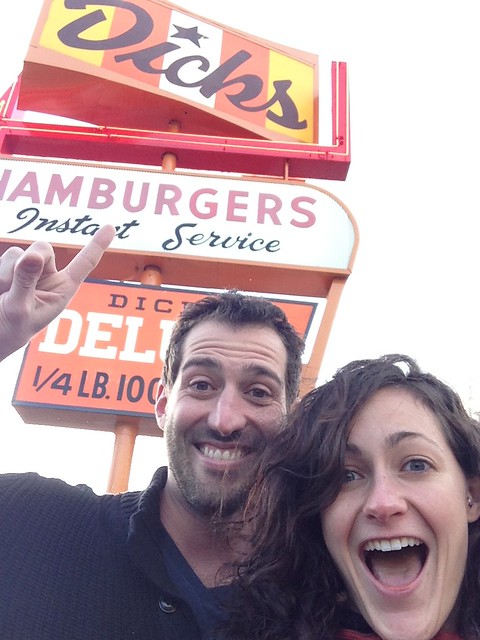 The two traveled between Seattle and San Francisco every few weeks for awhile. And, with each visit it got harder and harder to say goodbye. The more time they spent together and the more they got to know each other, the more they both realized that life together was, in fact, better and brighter than their single lives apart. Sparks were flying and it was terrifying!

But distance relationships are really hard and they were definitely feeling the pain… Until,

Kristen went into work one day to find an interesting offer awaiting her: take either a generous severance package and stay in Seattle, or keep her job and let it pay for a relocation to San Francisco.

Yes, this really happened.  And we all know that the decision was an easy one. 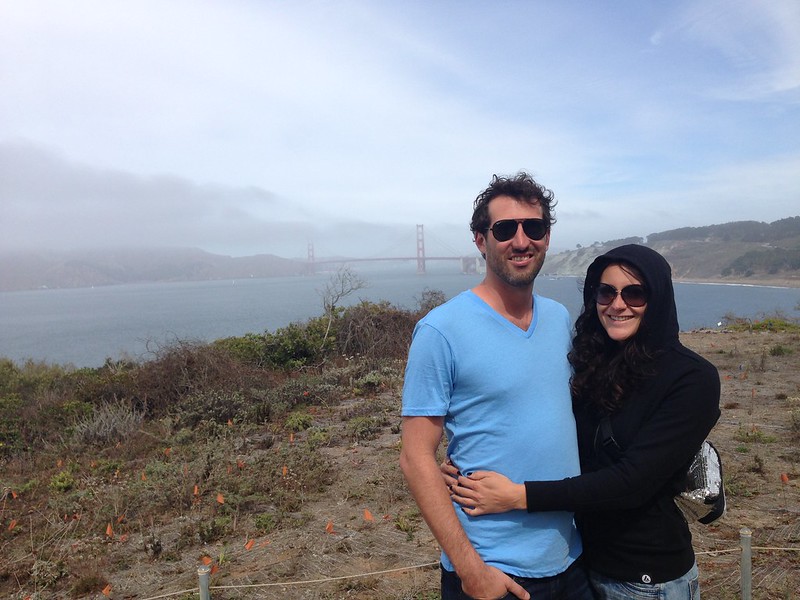 Since Kristen’s move to San Francisco, Kristen and Jason have embarked on several adventures together.  These include: 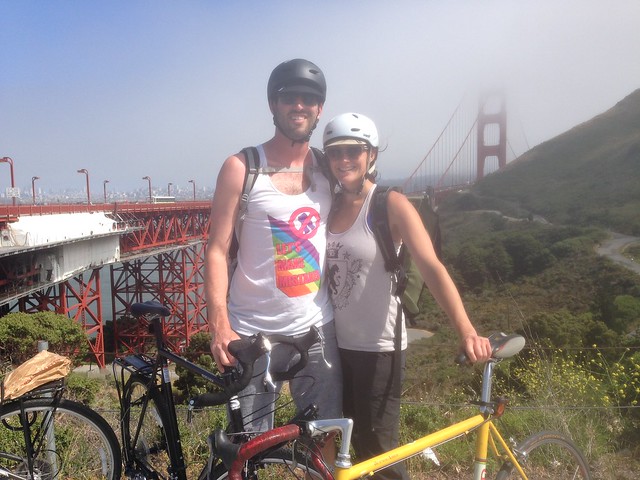 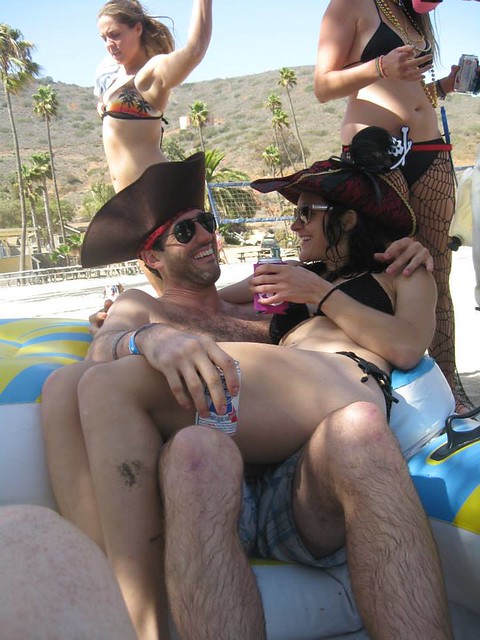 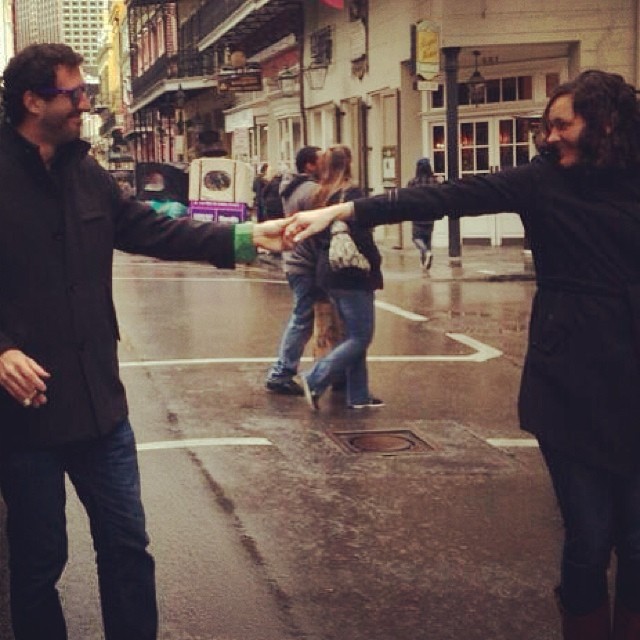 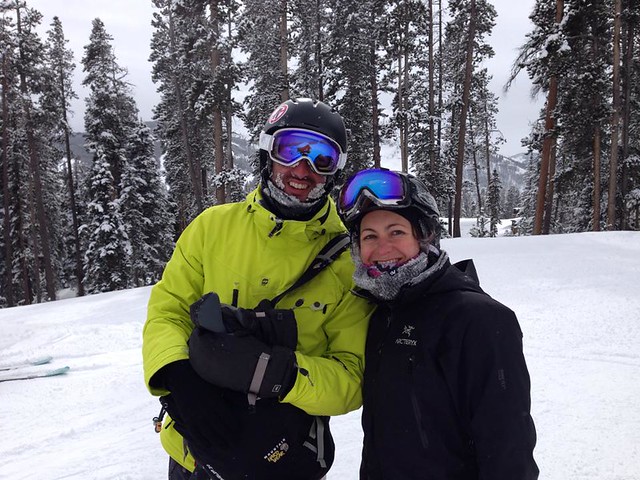 Running the Hood to Coast running relay with friends and family 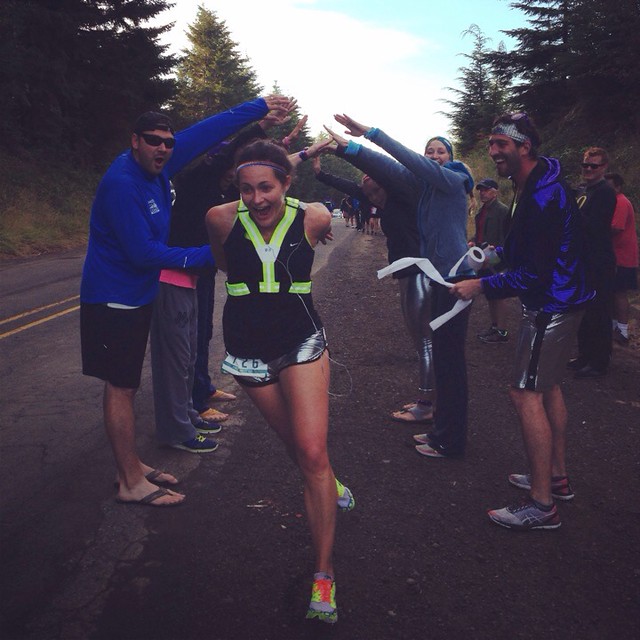 Ultimate frisbee tournaments with their beloved life team Pants Off! Dance Off! 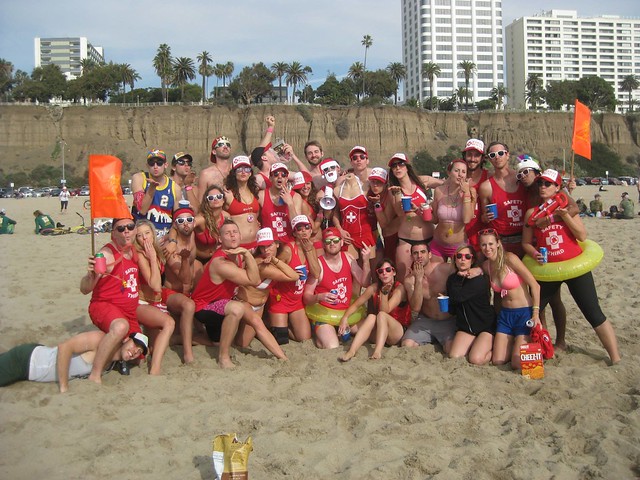 Traveling and getting gussied up for some of your weddings,

Celebrating the holidays in the apartment they share together 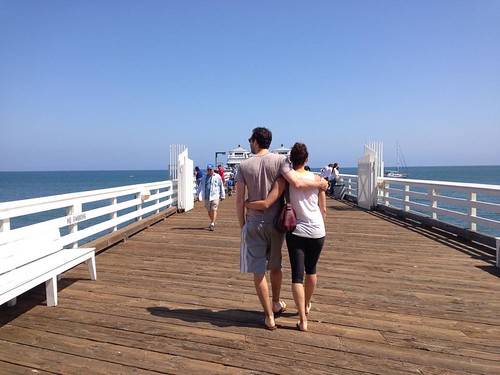 They committed to their next big adventure while glamping at Treebones Resort in Big Sur, CA over the holidays in late 2015. Under the clearest, most star-filled night sky, Jason proposed to Kristen. And, after freaking out for a few minutes, she enthusiastically agreed. 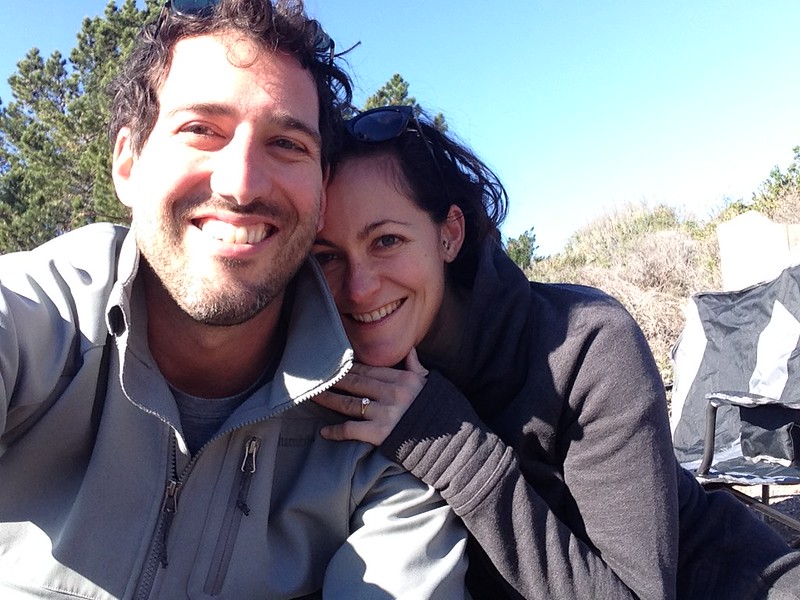 See you at the wedding!